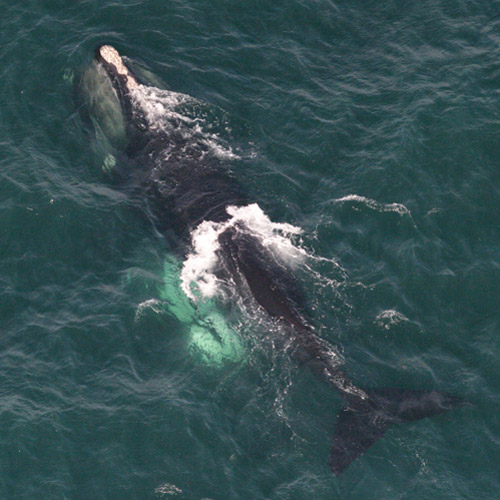 North Atlantic right whales are on the move, making their way south along the Atlantic coast of the U.S. for the winter, and NOAA is cautioning boaters to give them plenty of room.

Marine biologists with NOAA Fisheries, the Georgia Department of Natural Resources, and the Florida Fish and Wildlife Conservation Commission remind boaters, anglers, and coastal residents that North Atlantic right whale calving season begins in mid-November and runs through mid-April and boaters should stay alert and keep their distance.

North Atlantic right whales are protected under the U.S. Endangered Species Act and the Marine Mammal Protection Act. Scientists estimate there are as few as 465 right whales remaining, making them one of the rarest marine mammals in the world.

Every winter, right whales travel more than 1,000 miles from their feeding grounds off Canada and New England to the warm coastal waters of South Carolina, Georgia and Florida’s east coast. These southern waters are where right whales give birth and nurse their young, making it extremely important to raise awareness about their movement and migratory patterns.

To reduce the risk of harassment or collisions between right whales and boats, federal law requires vessels and aircraft to keep a distance of 500 yards from right whales. Vessels 65 feet long and greater are also required to slow to 10 knots or less in Seasonal Management Areas along the U.S. east coast, including the calving and nursery area in the southeastern U.S.

While vessels less than 65 feet are not regulated under the federal Ship Strike Reduction Rule, collisions with smaller vessels have occurred, resulting in injury to whales and expensive damage to boats. Right whales also face threats from fishing gear and other man-made materials

One of the latest issues involving right whales is the increased use of unmanned aerial vehicles (UAVs).

“Hobby UAVs are increasingly being flown too close to marine mammals. We urge the public to give whales their space, and to refrain from flying these devices near right whales, ” said Barb Zoodsma, right whale biologist for NOAA Fisheries. “As a reminder, federal law prohibits approaching or remaining within 500 yards of right whales either by watercraft or by aircraft without a special permit for scientific research or emergency response.”

Mariners can report sightings of dead, injured, or entangled whales by contacting NOAA Fisheries at 1-877-WHALE-HELP or the U.S. Coast Guard on marine VHF channel 16.