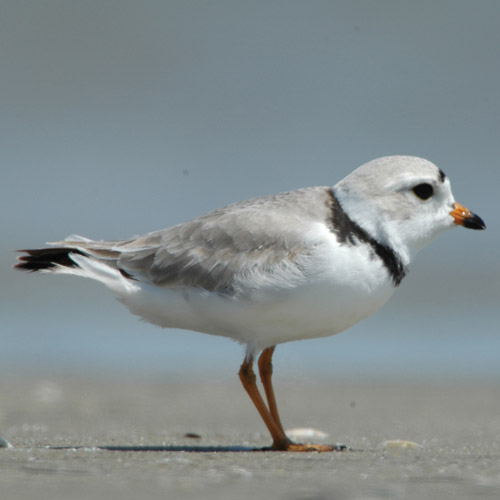 Piping plovers, a federally threatened species of shorebirds, are likely losing wetland breeding habitat in the Great Plains as a result of wetland drainage, climate change or both, according to a new U.S. Geological Survey (USGS) study.

The USGS scientists analyzed piping plover survey data from 1979 to 2011 for 32 wetlands in the Prairie Pothole Region of North Dakota. They found that consolidation drainage, or the drainage of smaller wetlands into another wetland, typically for agricultural purposes, results in fewer and fuller wetlands with less shoreline nesting space for piping plovers.

According to the study, the probability of plover presence was 99.6 percent greater for wetlands located in undrained watersheds when compared to wetlands where 10 percent of the watershed was drained.

Like consolidation drainage, the fate of plover habitat is also tied to potential changes in climate. If precipitation increases in this region, the amount of wetland habitat for plovers could continue to decline.

The piping plover is a small migratory shorebird listed as endangered in Canada and the U.S. Great Lakes, and threatened throughout the remainder of its U.S. breeding and winter range. Recent surveys indicate that there are only about 8,000 adults in existence.